A few words – not only about music production… 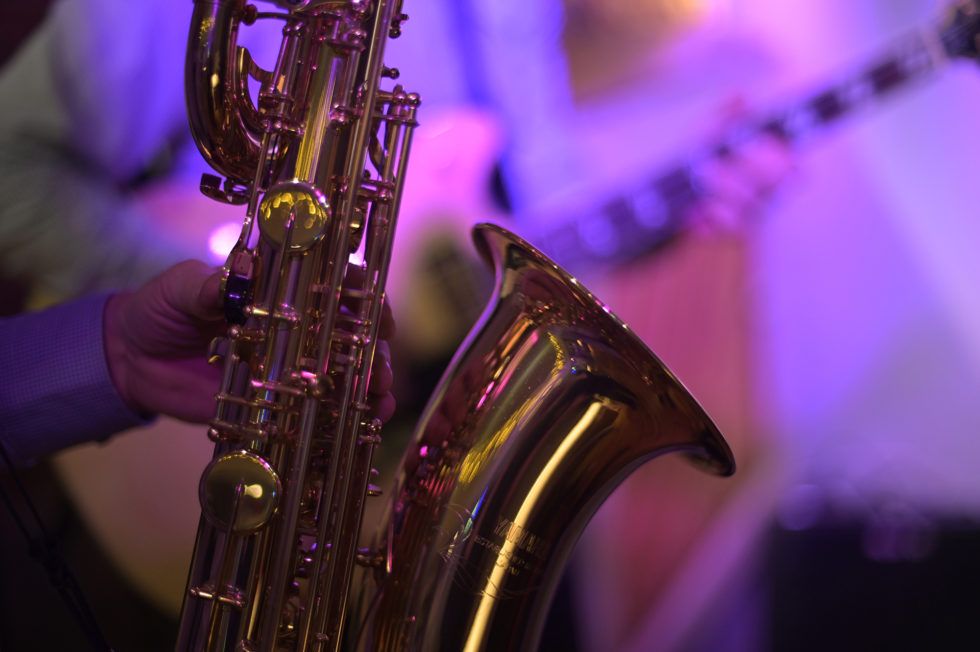 We invite you to read the article by Anna Ochmann “A few words – not only about the music production” written as part of the project “Bridging the Gap: new mentoring methods for young creative entrepreneurs in Europe”.

The measured beats of clapping hands caused the artists to give another encore. “Another good concert to include in my professional producer’s portfolio…” – I thought with an involuntary smile, withdrawing from the dimmed passage between the rows of the audience to the intensely lit hall of Dom Muzyki i Tańca (House of Music and Dance) in Zabrze. The audience (almost two thousand people) stood and thanked the musicians with applause, although some of them hurried towards the cloak room in order to reduce the time spent waiting to collect their coats. Reflexively, for a moment, I blinked my tired eyes and thought that I would gladly close them and then cuddle up into a warm pillow. But now I had a few more hours of work to do – disassembling the stage equipment, inspecting the workers, security guards, cloak room, cashiers… Humming the song I heard a moment ago “tu cichosza tam cicho, szaro brudno i zima…” I turned left towards the corridor going round the balconies so that I could go down the side stairs to the backstage.

I heard another round of applause, but, at the same time, a very characteristic sound of seats hitting against the backrests was becoming more and more intensive. It was a sure sign that the audience were getting up. So, it’s the end of the concert, the last ‘act of the evening’ is beginning. I smiled at the security guys, who also picked up the characteristic sound and now, with a slight nervousness visible in their movements, they blocked open the door from the foyer to the main hall preparing to let the audience out.

Passing through the backstage, I took a look at the technical teams who were already working on the stage. I liked to look at how they were organized – they disassembled the sound and light equipment incredibly quickly and efficiently, they moved the speakers, rolled up the cables avoiding any collision in this relatively small space. I have always had the impression that each one of them  is moving along precisely defined trajectories, according to a perfectly structured sequence of actions. The stage man aptly disassembled the stage barrels from which they detached more ‘moving heads and ‘blinders.’

„W rękach, w głowach cichosza, w ustach, w oczach cichosza…”  still vibrated in my thoughts when I felt a cool breeze – the door to the ramp was already open. For a moment, deep in thoughts, I looked at the snowflakes lazily dancing in a dim light permeating from the inside of the building to the icy land outside. I was breathing in the cold particles, which melted in my breath. I greedily inhaled a sip of winter oxygen – the air was sharp, it smelled fresh…

This short, memory-like impression reflects just a few minutes from one of the over 300 concerts I produced or organized as part of my work at Dom Muzyki i Tańca, a well-known Silesian cultural institution with a spectacular hall that can seat almost 2000 people. I started as a one person department for the organization of events, and ended up as a deputy director of the whole institution, whose tasks included the coordination of the basic statutory activities of DMiT, i.e. the work of the following departments: TV production, publishing, as well as Art management and programme.

I will never forget my first day at work when I was sitting with a cup of tea that was getting cold over piles of papers that I ‘inherited’ from my predecessors – agreements, contracts, technical riders, and tickets for concerts that were already planned, stuffed into large brown envelopes. Outside autumn was tempting with yellows, reds, and browns of leaves falling down and rustling under the feet of passers-by, the sun was warming up nicely, and I was staring at the documentation in a cold, grey, dirty room, listening involuntarily to the telephone conversations of the doorman, whose room was separated from mine with a thin and very acoustic wall.  Or, maybe it was my room that was separated from his… I will never forget the abstract feeling when for the first time I read the contracts with the organizers of the so-called external concerts, or managers of artists, trying to understand their provisions or the obligations of the parties.

I will not forget the fax machine that used to spit out blurry pages of technical riders and annexes to contracts, and when I tried to decipher what ‘moving heads’ or ‘flying speakers’ were. I remember the long hours spent with lawyers, with HR specialist on the worksheets, so that the ‘workload’ was right, but not exceeding the allowed number of hours. Hours with accountants over cost estimates, promotion plans, coordination and implementation of advertising campaigns. I can still remember how often  I learned in practice how to manage a team, how to organise working time (my own and theirs…), how to implement the principles of cooperation and communication in a team….

I was lucky to have met great people, who taught me a lot by sharing their experience and knowledge, but now, in retrospect, I know it would have been much easier if I had had the support of someone like a mentor. That’s why the BtG project is very important to me personally.

In Poland there is no system dedicated to support people who want to start work or start a business in cultural and creative industries, a system that would be executed by specialized consultants or through specialized training. The existing instruments are generally universal for all industries, although the problems in this area (including lack of job offers for artists in labour offices or the inadequacy of artistic education curricula to the labour market) have been defined in a number of studies and reports, would suggest the need for changes in public policies in this area. Support dedicated to a specific sector (including creative sector) “happens by chance” when implementing projects (also financed from EU funds) for the benefit of a given target group with specific needs.

One of the most important deficit areas in the whole system is the lack of (or extremely limited) support from employment offices for freelancers, self-employed, or micro-entrepreneurs (who in fact dominate in the creative sector). They can only count on assistance in preparing a new employee for work (e.g. through training) and on funds for equipping a new workplace if the person they are planning to employ is unemployed. A horizontal problem, resulting indirectly from the high dynamics of the entire job market, is the lack of an effective and up-to-date system of mapping and monitoring the market in the context of the demand for specific occupations.