Theatre would not exist without… the audience! 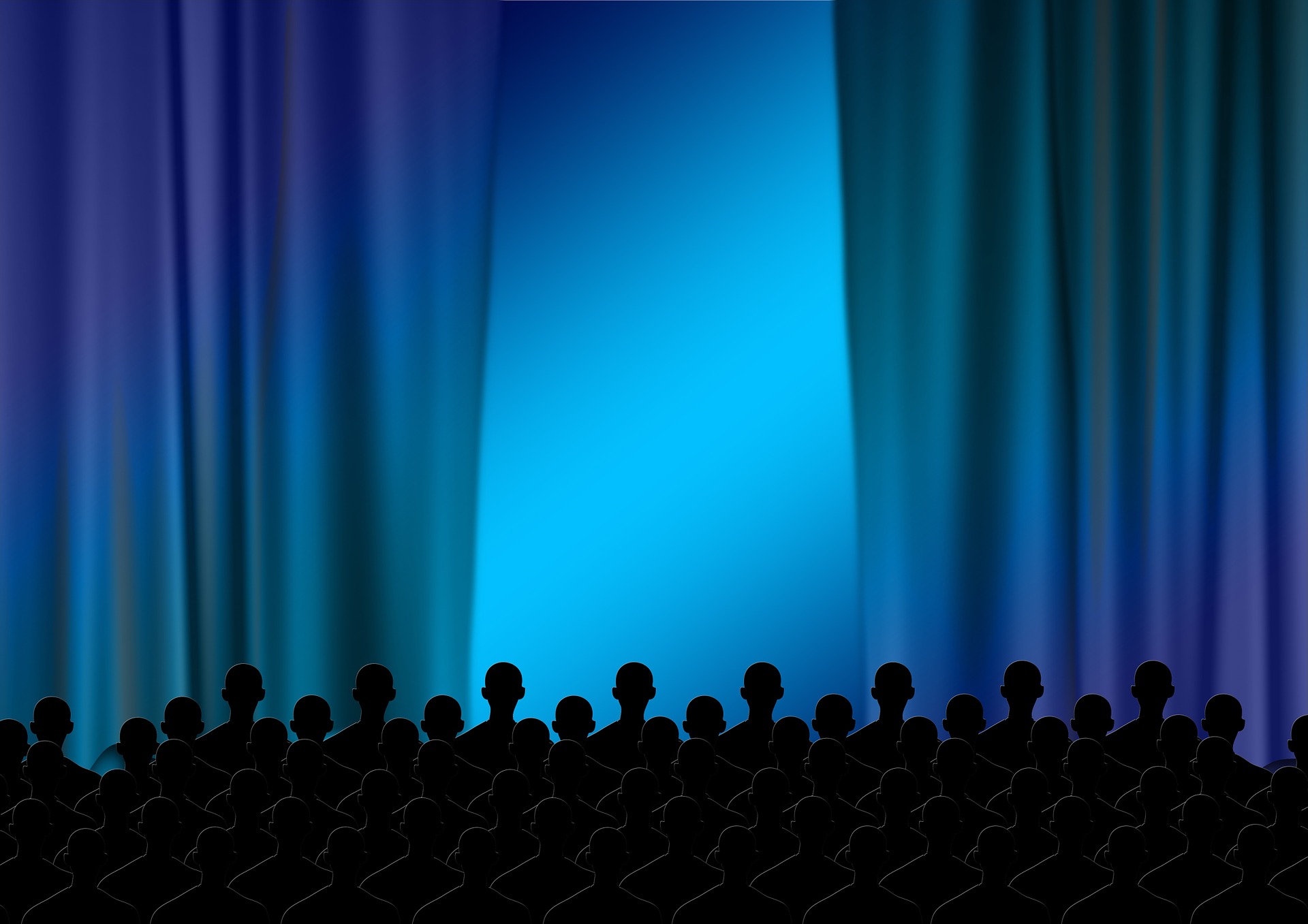 We may often undermine the role of the audience. It seems like an additional part of the whole theatre environment, that it is there just to appreciate the performers’ effort. However, the audience has a massive influence on numerous things that happen there, so in this article, I would like to explore the thesis included in the title.

The origin of the word

Have you ever wondered what is the origin of the word ‘theatre’? It is no surprise that the term originated in Ancient Greek – θέατρον (pronounced ‘theatron’), which means a ‘gathering place’. The noun itself comes from the verb θεάομαι (theaomai) – to view. It clearly shows us that the essence of theatre is viewing, watching, observing. We can see the importance of the people who watch the plays hidden in the etymology of the term.

Ancient Greece – how it all began

As we all know, western theatre originated in the city-state of Athens. It was a very important part of the Greek culture – the whole concept was created through the celebrations dedicated to Dionysus (the god of wine, festivity, etc.), called Dionysia. Three types of drama were invented – tragedy, comedy, and satyr play. The audience played a crucial role in Ancient Greek theatre – attending theatre was viewed as an important part of citizenship (another concept that was invented there). The viewers were very vocal about their opinions on the plays – when they did not like it, they would jeer or throw fruit. Certain performances would not have existed without the people – wealthy citizens usually funded the theatre in return for not having to pay their taxes.

All the world’s a stage…

Have you ever noticed that you behave distinctly when surrounded by different groups of people? The theatre metaphor (expressed in the quote by Shakespeare in his play ‘As You Like It’) gave birth to a sociological perspective known as ‘dramaturgy’, concerning social interactions on a small scale. In this theory, it is argued that they are based upon qualities such as the place, time, and audience. As human life is perceived as a theatre, the person who performs an action is the ‘actor’, who must present themself regarding social norms or beliefs. The main goal is to obtain acceptance from the ‘audience’, and for them to view the person exactly how they want to be viewed. The theory suggests that human identity is not stable, it changes depending on the people a given person is surrounded with. Therefore, according to this theory, the ‘audience’ can have an impact on how we present ourselves in public.

The position of the audience has changed through the ages – now the audience can be placed on a whole spectrum of being engaged in the play or being passive. However, it is still a vital part of the theatre. The mission of modern actors is to evoke emotions in the audience. For them to be intrigued by what they present on the stage, to follow the story of the characters, and to think about the possible deeper meaning of a given play. Nowadays, many different ideas are presented in theatres – from light-hearted comedies to plays that are concerned with important social issues.

In each case, the audience is the people for whom all of this exists.

To sum up, the audience is crucial in theatre. Reactions of the viewers, their opinions, or even critiques are vital in the development of each element of play production. Watching the plays and participating in them are both very constructive. Theatre can even help with self or professional development, or even be useful while looking for a job. More information about this on the Master the Act project’s site, which is an international project co-funded by the Erasmus+ programme of the European Union: https://mastertheact.eu/