On work-life balance in artistic work, or rather the lack of it… 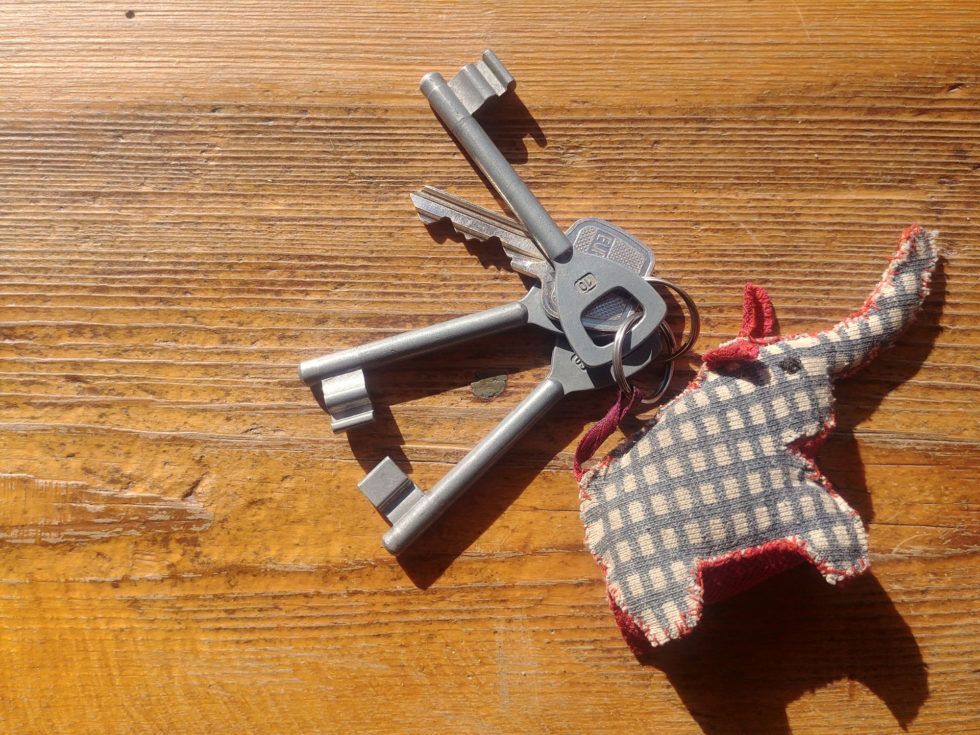 We invite you to read the article by Anna Ochmann “On work-life balance in artistic work, or rather the lack of it …” written as part of the project “Global FemArt – Supporting Female Artists and Creatives to Globalise their Business”.

We also invite you to the FB of the project.

We were holding our keys in our hands. Some of them were single, others were in whole bundles. One could see keys for a flat or a studio, the tiny ones were associated with mailboxes, padlocks or keys to bicycle locks. There were classic keys, flat keys, but also unusual, round keys with strange grooves – the so-called ‘anti-burglary’ keys. The golden and silver ones dominated, only one of them was distinguished by metallic greenery. Some were “professionally” marked with colourful plastic tags on the “heads”, others were “artistically” painted with nail polish to be easily plucked out of the bundle. Sometimes they were all attached to one ring, sometimes a few rings with keys attached to them formed a “bunch of grapes”. Some of them were distinguished by key rings, which allowed us to guess the passions and interests of the owners. Among us there was a pussycat lover with a funny cat attached to the keys, a practical amateur of drinks in bottles with an bottle opener attached as a key ring. A souvenir tag evoking memories of holiday days somewhere in Asia stood out with its shiny colours. A few people instead of keys showed hotel room cards (the meeting was organized within the framework of the meeting of international partners of the project) certifying the “nomadic” lifestyle of their owners….

The host of the meeting invited us to take part in an ice-breaker game – we were supposed to say a few words about ourselves through the prism of our keys.

My bunch of keys was the biggest. It had a lot of “subsections”, with even smaller “subsections” attached. In my bunch there were keys to the house, to the studio, to the office, to my husband’s office, to the gate, to the garden shed. To mailboxes (professional and private), and even the main power switchboards in the house and in the office, to the gas meter box, and to a water meter box… For the first time in my life I’d counted them… I had 22 keys on me. And no pendants, no sentimental accessories. Practicality in crystal clear form.

I was holding them in my hand and my first thought, in the context of describing myself through these keys, was: “I think something is wrong with my work-life balance.”

It was just a fun game, but it inspired me to write these few words. About the lack of work-life balance and the need to take good care of the balance between one’ s private life and one’s professional life, especially when working in the cultural and creative sector.

The decision to choose an artistic career path is usually accompanied by a great passion, love for art, a need to express oneself artistically. And there comes a day when this passion becomes the basis for making a living. And because art is most important, inspirations endlessly keep coming from everywhere, it is very easy to lose yourself in this work, to lose the sense of time, and never leave it. The thoughts in our minds about our own work keep appearing, which is also part of this job. More and more ideas, improvements, corrections. Changes. Next inspirations, emotions, and, suddenly… 16 in the studio have just gone by.

Neither is there a superior who would congratulate you on a job well done or give you a bonus….

And then there are days when these inspirations are hard to find. Emptiness, a sense of infertility, and the thought that maybe this talent has already been exhausted. Nothing becomes an inspiration, and the optimistic date agreed with the client is approaching suspiciously fast. It takes long hours to persuade the muses to come with help once again. You can either procrastinate a little (because nothing sensible comes to mind anyway) or clean up (because nothing sensible comes to mind anyway). And then suddenly… 16 hours in the studio have gone by.

In addition, due to the specificity of the sector (mainly freelancers and micro-enterprises), the artists work mostly alone, so no boss is going to say “go home, no more work for today” or any colleague is going to say “let’s go for a pint”. There is no check-in or out machine at the door. There is also no coffee break in the office kitchen with colleagues, which would allow thoughts to float away towards the latest gossip from the HR department or even serious political disputes.

Neither is there a manager who would congratulate you on a job well done or give you a bonus….

Passion and love for art are more and more often replaced by lack of self-motivation and sense of hopelessness, uneven fight against bureaucracy and ‘paperwork’, searching for clients, making cost estimates, begging for a bank transfer. Instead of creating ‘works of art’, one has to think about marketing, accounting, and subsequent taxes to be paid. And another day passes unnoticeably, and it seems that those 16 hours in the studio were just a blink of an eye….

And when there comes a dream about having a rest or holidays, it turns out that if you don’t work, you don’t earn money. And the guilt you feel when you don’t work makes you work all the time. And so it goes….

Luckily, I have a job that still gives me a sense of fulfilment and satisfaction, and, thanks to which I can earn a living. And because I still have this passion in me, it’s easier for me to forget about myself and my life outside of work. This is also because the people I work with are often also my friends. So even in private situations professional topics come up somehow automatically – and then… I keep the keys to everything in one bunch, I never separate them.

Therefore, I decided to separate these two worlds in a symbolic way… For a few days now I have had two sets of keys. Keys for my private life. And keys for my professional life. Separately. I have detached a few keys for good. And although I have to run twice as often up and down the stairs now when I go out to the studio and forget my “professional” keys, or when I come home and remember that the “private” keys are left in the desk drawer, I believe that I will manage to control it someday.