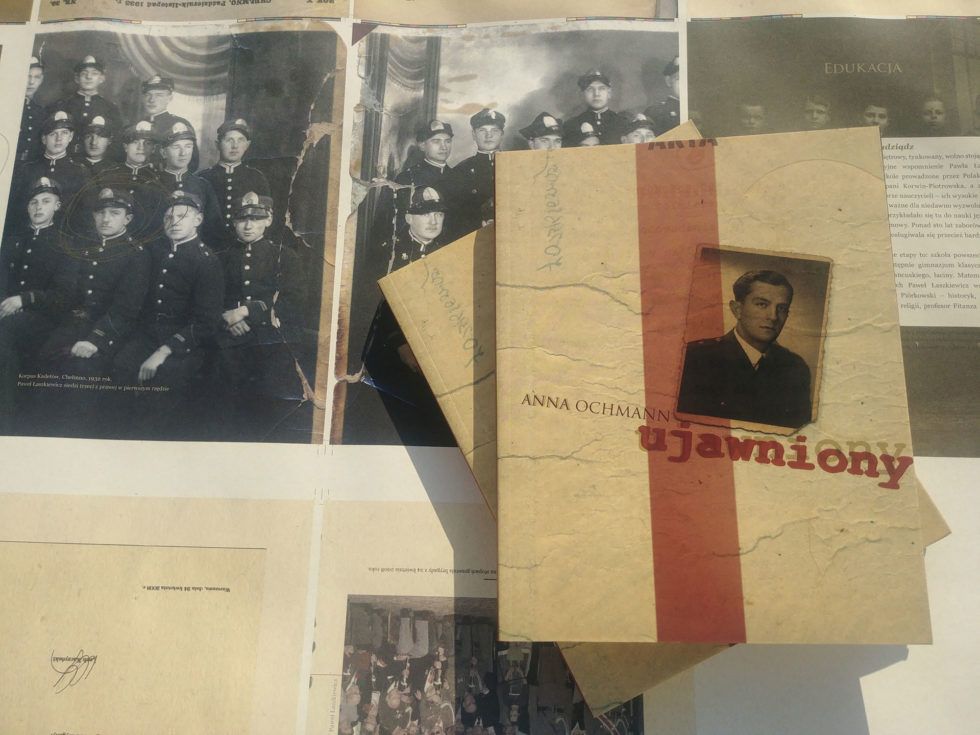 We invite you to read the article by Anna Ochmann “My fun-based learning (part 1) – how I became a writer, researcher, and publisher in one …” written as part of the project “” Learn to Create – promoting Work-based Learning in Europe’s Cultural and Creative Industries ”.

How I became a writer, researcher, and publisher in one…

“Your grandfather doesn’t want to tell us anything, once again we drove half a day from Lublin to Silesia in vain,” a tall, grizzled man, a prosecutor at the Institute of National Remembrance (IPN), without hiding his bitterness, packed his computer into a black suitcase, worn on the corners. His colleague, a young lad with a warm face and big black eyes, silently collected photocopies of some documents that looked as if they came from the war times.

“It is a pity, General, that you do not want to help us. Only you can tell what it really was like”, the taller of the men turned directly to my Grandfather, who, with the face of a Cheshire cat, was sitting in a deep armchair. He looked as if he was asleep, tired of talking, but I knew this flash in his half-open eyes, a sign that he was listening.

“Too bad. Thank you for the cake and coffee. There’s no point in coming again, is there?” – the prosecutor stopped packing the documents for a moment and looked with undisguised hope at the short, old man sunk in the back of his chair – “This is our fourth visit. You, General, are one of the last, senior WiN (Freedom and Independence) officers, who knows what really happened in eastern Poland after the war. Your knowledge is indeed priceless for us,” he added, “Priceless for history, and for your grandchildren…”

I laughed in my mind involuntarily. That kind of trick isn’t going to work with my Grandpa.

“You are welcome for apple pie any time, my daughter bakes delicious apple pie.” – Grandpa closed his eyes as if tired. I knew that he was really pleased with himself. Pleased with his craftiness, with the fact that he led the ‘interrogators’ astray again. I thought about all the interrogations he had to go through during the war, and then at the labour camp. And about the fact that even though it wasn’t an interrogation now, the instinct to conceal the facts, to “cover up” his friends remained so deeply ingrained in him that it was quite irrational. Or, maybe, he just liked these meetings – sometimes I was under the impression that it was him who interrogated them, confirming his knowledge in the documents gathered by the Institute of National Remembrance….

The men sighed hard, both at the same time. The younger one smiled with a playful expression on his face “The apple pie is really delicious, I think I’ve had a bit too much…”. Both of them, in a hurry to make it on time to the train station, quickly buttoned up their coats. It was drizzling outside.

I closed the door behind them.

I collected the plates and glasses. My grandpa, tired after many hours of talking, was sitting in the armchair.

“Why don’t you want to cooperate with them? It all ended so many years ago. We now have a free Poland. They have been here so many times, you always offer them coffee, mom bakes a cake, they ask you some questions, they ask you to help them, and you don’t want to explain anything to them?

“I’m alive because I have never been too talkative…”

A moment later, from one word to another, we had a terrible fight. I in the name of the history and grandchildren. He, because he was always a strong and stubborn man. I went out slamming the door behind me.

He called an hour later.

“I won’t tell them anything. I will tell you, though.” – I knew his commanding army officer tone. “Come over tomorrow after work.”

And this is where one of the most important adventures in my professional life begins. The adventure of being a ‘writer’, a researcher, and a publisher in one. The adventure, which is entirely based on passion, but, professionally, invaluable for me. An adventure that allowed me to acquire knowledge and skills that I had never even dreamt of before.

I started visiting Grandpa regularly after work, sometimes at the weekends. I was writing down the memoirs of a soldier of the Republic of Poland. His story began in a house in Jasna Street in Grudziądz, went on through the Cadet Corps, the Second World War, activity in the Home Army (AK), the transport and escape from the Soviet labour camp, led to the post-war times, WiN, and ended in Silesia. With time, I started to look for additional information, torment my close and distant family, look for photos and documents. I remember trips to libraries, to the Institute of National Remembrance. Finding telephone numbers and addresses of his former soldiers, conversations with them – sometimes by phone, sometimes face-to-face, confirming facts. Looking for materials. Finally, I was moved to tears when, sitting in the Jagiellonian Library, I found a portrait of my grandfather drawn with a pencil on a piece of yellowed paper. It was drawn by another prisoner of war in the labour camp a month before my grandfather successfully escaped.

And then one day I realized that this was actually a complete text for a book. So a new stage of work began. Supplementing the materials. Confirming names and events. Looking for illustrations. Documents. More interviews. Meetings. Hours spent in archives and libraries.

Then meetings with text editors, with the proof-reader. Long hours with the graphic designer. Tedious work on the chapters to follow, and graphic design.

Acquiring funds for the publication of the book. Writing projects, letters to sponsors and partners. More meetings. More calculations.

I can still remember the smell of the printing house when I waited for the first printed sheets to leave the huge printing machine at the ‘print acceptance’. I remember an elderly man, a printer, who gave me one of the first print-outs with two book covers on it, saying, “Here, do take it as a souvenir”. He had a warm hand, wrinkled, almost cracked skin with traces of some dark paint in the creases.

Later came the whole process of logistics and distribution, dispatching the books to libraries, meetings with readers. And it was such a shame that my Grandfather couldn’t hold the first copy in his hands. He passed away a few months earlier.

Every time I prepare a new publication, I think about how much I learned at that time. Work-based learning (WBL) gives you the opportunity to acquire the necessary skills and knowledge in practice; however, the process that works best in my life is what I would call ‘fun-based learning.’…