My first steps in electroacoustic music 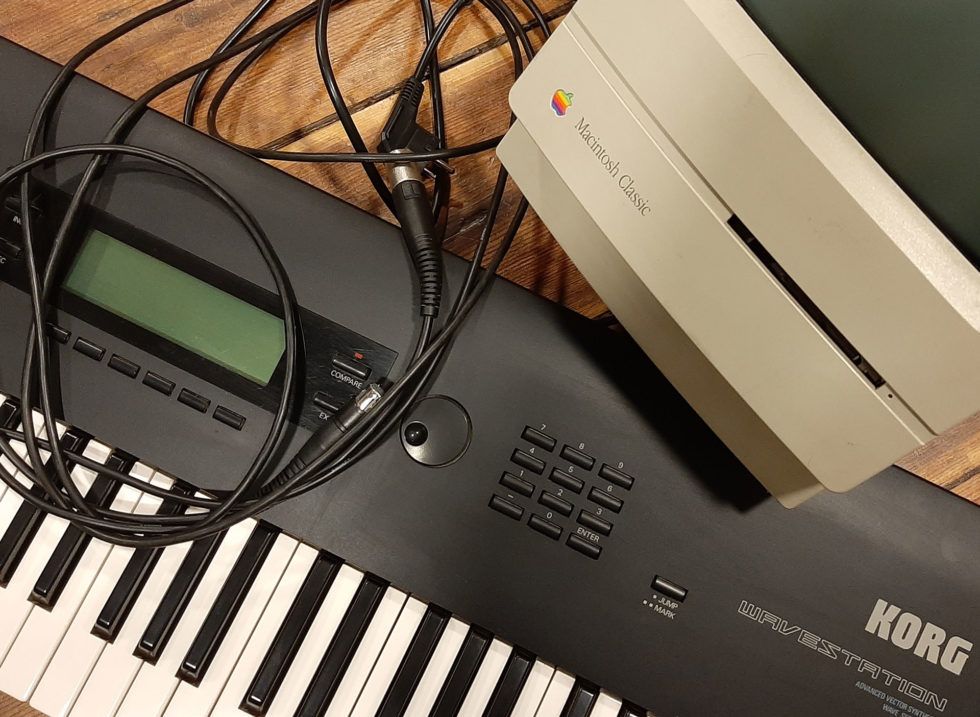 We invite you to read the article by Wenancjusz Ochmann “My first steps in electroacoustic music” written as part of the project “P4CA – The Partnership for Creative Apprenticeships”.

It was the beginning of the 1990s. At that time, I was a student at the Academy of Music in Katowice, where, thanks to openness towards new instruments, they formed the Electroacoustic Music Studio. From the beginning, the studio was associated with such prominent figures as Eugeniusz Knapik, at that time a recognised and mature composer and, in later years, the rector of the Academy, as well as Mateusz Bień and Wiesław Cienciała, young composers who, apart from their own work, were involved in teaching. Eugeniusz Knapik, who managed the studio, was then opening up to experience with electronic instruments in his compositional quest.

I have been fascinated by electronic instruments since secondary school and thanks to international family contacts I had had my own instrument since 1977. In 1990, I bought a total innovation on the market, the KORG WAVESTATION (my was with the number 7387), a novel vector synthesis synthesizer, that was built that year. The instrument enabled me to create incredible sounds. The studio was a great opportunity for me to learn new things so I enrolled in classes that were additional to my curriculum. Quite quickly, I was offered a job in the studio: it was not only a chance for me to develop my passion for electronic instruments, but also an opportunity to watch and learn from others. Since I was a student, I could not become a lecturer so I became a ‘senior computer operator’.

It was an unbelievable adventure, no holds barred. I first came into contact with Macintosh computers; I started work on the Max/MSP system, a visual object-oriented programming language which was created by Miller Puckette in the mid-1980s. The Max/MSP system was a remarkable music and computer combo offering an almost unlimited field for creators’ imagination. In addition, although I had already had experience with single control keyboards, that was the first time I had been able to work with such extensive tools for composing electronic music. Working in the studio was a kind of a combination of learning, developing passion and internship. I was broadening my knowledge and skills, both professional and social: officially my tutor, Mateusz Bień was not much older than me; he was building a more friendly relationship; I could draw inspiration from his already extensive experience as a composer and a teacher. I was gaining professional experience: on the one hand, Professor Knapik gave us great opportunities and creative freedom, not imposing specific solutions, and on the other hand, he inspired me with his curiosity for new compositional solutions, absorbing technical knowledge resulting from the operation of systems which were extremely innovative at the time. Practically, for me it was the first contact with computers and using computers to create, save and process music. We had specific tasks to do, preparing new sound samples and searching for sounds or compositional solutions. On the one hand, I was developing my technical skills, operating software; on the other hand, I was learning compositional thinking and developing strictly musical competences. Also, that time gave me the opportunity to verify my professional plans: it directly inspired me to choose the topic of my MA thesis in which I described the use of electronic instruments in teaching music (it is worth noting, not only for younger readers, that it was 1994 in Poland(!)). It gave me the opportunity to get to know the industry and people who were the pioneers of electroacoustic music in Poland at the time; also, because I could develop my compositional ideas under the watchful eye of the best, that I could watch them work. In addition, very quickly, based on such experience from working in the studio, we created the first commercial digital recording studio in Silesia, Diaton Studio in Katowice. But that’s a completely different story.