How much music is in a 30-second jingle? 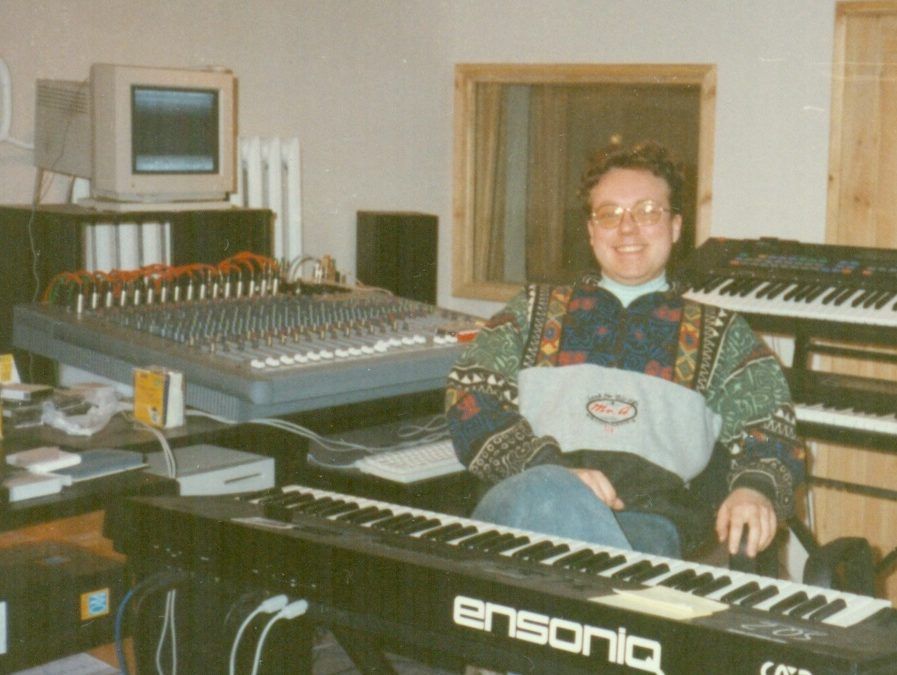 We invite you to read the new article by Wenantjusz Ochmann “How much music is in a 30-second jingle?” written as part of the project “Learn to Create – promoting Work-based Learning in Europe’s Cultural and Creative Industries”.

It was the early 1990s, the first years of freedom after the transformations of 1989, the time of economic revolution in Poland. Combating inflation, budgetary discipline, restrictive monetary policy and high interest rates, but also free market and opening up to foreign trade. Many Poles discovered their entrepreneur gene, set up their own businesses and tried their hand at free market economy.

At that time, I was still a student at the Academy of Music in Katowice and I worked at its Studio of Electroacoustic Music. I had recently come back from a scholarship at the Hochschule für Musik FRANZ LISZT in Weimar (Germany). I had a head full of ideas and dreams. And so, together with two friends, Barbara and Marian, we decided to try our hands at this ‘entrepreneur’ world and to work on our own too. Barbara and I had already had a lot of successes in composing, a few cassettes with original music (CDs were only just becoming popular); Marian had a sound engineering background. In 1993, we opened the first fully digital composition and recording studio in Silesia. The division of work seemed very simple to us: Marian was a sound engineer, and Barbara and I, then still Academy of Music students, were to compose music.

It turned out quite quickly that the greatest demand was for commercial music, much greater than for typical studio recordings of music bands. After we started work, we had to revise our plans and adapt them to market needs. Thus, Marian recorded mainly voice-overs, and Barbara and I threw ourselves into composing music for commercials and jingles. For radio and television. Only that no one—and I had already graduated from the Academy of Music after going through all levels of formal music schooling—taught me how to do it. At the Academy of Music, I learned how to compose choral pieces in various composing styles, from Renaissance and Baroque polyphony through extended 19th century tonality inspired by Wagner, but never have I practised writing a 30-second spot to advertise a dishwashing liquid… Hard to believe but there was no Internet, YouTube or any other easily accessible source of tutorials whatsoever to inspire or teach in the early 1990s. I didn’t even have a VCR at home to check out, as an inspiration, recordings on video tapes. I could only watch commercials on TV, and that sector was also booming at the time, turning mundane shops into shimmering rainbow-coloured places inspiring millions of Poles to buy. Watching the effects of our competitors’ work, I could listen to how others did it. Our great advantage as a recording studio was that we had the most modern music equipment, synthesisers and a digital recording system, the first generation of Pro Tools. And we had completely open minds.

I realised quite quickly that making music for picture gave me a lot of fun. Especially the longer films of several minutes offered me many possibilities for using electronic instruments to create timbres, melodic patterns, harmony and texture, tensions and climaxes. But how much musical tension can you convey illustrating an advertising spot about heating boilers? In the process of creation, discussions with our client, a representative of one of the largest advertising agencies in Silesia, were extremely important. Those were long deliberations, and often disputes, about how well music matched the advertising message, client’s expectations and our artistic visions. It was accompanied by constant pressure of time and deadlines as well as the go/no-go from the agency and client and, finally, receiving payment for the work. We weren’t prepared for all that by formal education either.

Once, after more than 20 hours of work in the studio in Katowice, driving up to my house in Zabrze, I realised that I didn’t remember the 20 kilometres I had driven. It happened to me once in my life. But it was also then that I realised how much I liked to compose music for picture.

Today, after many years, I see how little I knew about running my own business from the economic point of view or from the point of view of an entrepreneur, owner and co-owner and how much you need to take care of written contracts, proper bookkeeping, setting realistic completion dates and relationships with clients and subcontractors as well as relationships among partners. It was a time of real work-based learning in my life, which I still draw on today.