About designing a virtual art gallery, education through exhibitions, and the possible shape of the nearest future – an interview 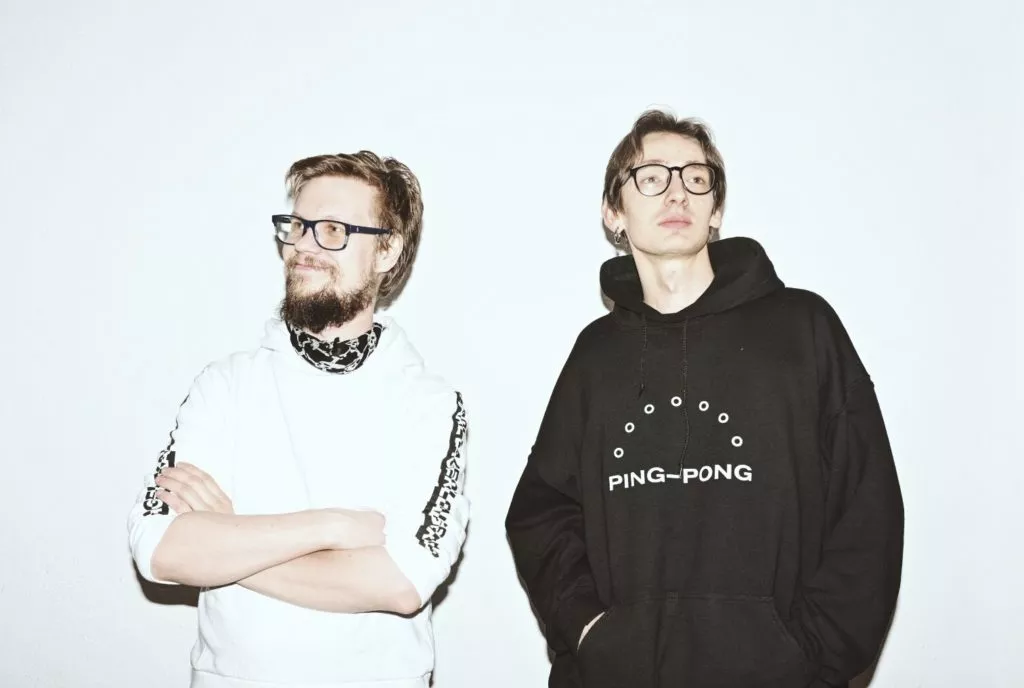 The ARTeria Foundation is one of the international partners of the “VX Designers”, which aims to promote education through the idea of an exhibition. More about the project on this site: https://vxdesigners.eu

Why should culture be an important aspect, alongside technology, in the context of education?

Last year you worked on the “Poligon Sztuki” (The Training Ground of Art) project, financed as part of the “Kultura w Sieci” (Culture Online) programme. The result of it was an advanced and contemporary modern art gallery in 3D, resembling a game. I know this is not your standard range of actions. What do you deal with on a daily basis?

Wiktor: Technically that is a good question concerning what we do professionally at our jobs, and what we create after-hours with Wawrzyniec. Sometimes we happened to do various projects together, recently even in a formalised form as a company. We have done diverse things, so it is difficult to speak of a certain range of designing scopes we do not function in.

Wawrzyniec: The first projects that have brought us together were games. Our own journey began thanks to them, we started to deal with more “pragmatic” impediments – designing www sites, online shops et cetera. We have also had plans for applications, and, as a matter of fact, the Poligon gallery also was a certain type of an application.

Wiktor: Right, the gallery was in fact a crossover between an application and a game.

So one could say that you are a collective, but on a daily basis, you work at different places?

Wiktor: We have happened to do projects together for some time, thanks to which we were able to maintain ourselves. In general, we both, but especially Wawrzyniec, have a broad spectrum of things we have dealt with. To some extent, that is how our cooperation was established. We clash on many artistic levels.

Wawrzyniec: The plurality of our experiences allowed us to establish a two-person micro team and develop our activity – and, for instance, begin the impediment of “Poligon Sztuki” in this way.

You approached the subject of designing this virtual gallery with a great deal of commitment. What was so appealing, interesting about this project to you that you decided to pursue it?

Wiktor: Firstly, during that time we wanted to do something that would be an application and not another www site. I was happy it would be a project associated with interactive realities, games, which I am associated with, and which are, in my opinion, a synthesis of arts.

Wawrzyniec: When it comes to me, the openness of the concept was the most interesting part, as we approached the brainstorm in a horizontal way and tried to create a captivating project that would achieve the goals we have set. And that was engaging – the possibility to play with a completely open form. And as from my perspective – the person who has visualised this space, the creation of it based on our collective’s concept.

Wiktor: I agree, we have had the most fun while designing architecture, which is a sphere we both had taken up as a hobby. Designing the experience and the reception is answering certain problems, where an “open mind” is the most important characteristic. Architecture, similarly to video games, is a very cross-sectional field.

Wawrzyniec: Besides this, it is a very native design of the experience. That is my definition: architecture has always created tensions between a man and a building. When it comes to virtual reality we can also create some kind of tension, experience at a perception level.

Wiktor: Vitruvius often accompanies me when I’m designing. In the introduction to his “The Ten Books on Architecture,” he says that an architect is a person who needs to have some knowledge on everything to plan the whole experience appropriately – a product or a building – for it to be useful, long-lasting, and beautiful.

So, as you have mentioned designing, what was the biggest challenge in the case of Poligon Sztuki from your point of view?

Wawrzyniec: I think that adapting the space, for it to be engaging, letting the receiver to move freely, and on the other hand, for it to be universal, so it could be adapted to many different pieces, which – at that point – were yet unknown to us. We had to create a universal, functional space that would also be visually appealing.

Wiktor: Yes, that was a challenge, for the space to be interesting in itself, but for it not to be dominating and distracting from the exhibition when we incorporate masterpieces in it. Minimalism was the answer to this challenge. We have used the famous motto of architects-modernists: “less is more”.

I understand that the enterprise was, on the one hand enjoyable, but on the other some news and immense research. If you were given this assignment once again, would you do anything differently? Do you have any thoughts on it?

Wawrzyniec: We are always fond of interesting projects (smiling).

Wiktor: We have a huge need to pursue captivating projects outside of our jobs, that gives us a space to experiment. We would certainly do something differently.

Wawrzyniec: I think we could even try an even more minimalistic approach to the space itself. During the brainstorm, we have already thought of an abstract space experience, some kind of an agoraphobic opening of the form, which would be even extrasensory. It is something that appeals to me in the new media – prolonging our vision of what the world can look like.

Wiktor: I think we would spend even more time on doing even less (laughing), which, paradoxically, is not so easy. Reduction of the form maintaining the same content is a challenge.

Wawrzyniec: We were not able to do anything we wanted to.

Wiktor: It is necessary to consider the challenges and limitations of each project. It is something we try to complete with Wawrzyniec during the design – answer the problems and limitations which are created by a given situation. There are no two identical projects.

The ARTeria Foundation pursues the VX Designers project together with an international partnership. It aims to promote the usage of exhibitions in education – do you think it is the right direction?

Wiktor: We had to deal with education as part of our collective – we created a tutorial for developing computer games for students. The promotion of education through an interactive experience, such as designing computer games, is familiar to us to some extent. Creating exhibitions is a similar concept, not only does it allow one to read and see, but also to do, which is much more effective when it comes to memorising information. I think it is a direction which we should follow in education – to touch, see, design, do.

Wawrzyniec: In my opinion, there is an immense need to use technology in education in Poland. Connecting it with non-standard solutions, such as virtual exhibitions, becomes a very interesting suggestion to deploy. I can spot two ways of managing such a project-platform. It is certainly difficult to decide whether to let the younger generation, who will be given access to technology, create freely or share technology, orsupport them to manage their activities in a way that would let them learn how to communicate to be understood. I think the curating way would be advised in this situation. The younger generation has potential, but there is always a problem to convey that.

Do you have any advice you would give to a person designing a platform of such type as part of the VX Designers project?

Wiktor: I would advise that person to answer the standard project questions: what role will the users of the platform take, who will be this user in given roles? In general, I agree with Wawrzyniec that the usage of these tools in the context of creating a narration, conveying content, is lacking. Personally, I believe I would look for a way for this platform to become a connection between less and more experienced users. Students should have a place to learn how to be curators, so the “directors of narration”, besides presenting their works. Formerly, the most valued liberal art was the art of rhetoric, how to convey what is going on in your mind to another person, for them to understand it the way we want.

…and an exhibition is an excuse to share these contents and skills.

Wiktor: In a way, yes. But I’d rather say that it is a medium, a tool to share thoughts. At the same time, it is an excuse, a grip, but also a tool.

I think that in this educational context, the exhibition in itself will not be the most important thing, but rather everything that can be learnt through creating it, all the soft skills.

Wiktor: Indeed, developing soft skills is a crucial issue, while it is overlooked at schools. I believe that creating the possibility of sharing your thoughts through art, in a sphere where it will be treated ‘more seriously’ is equally important.

Wawrzyniec: On the other hand I am thinking about the completely different aspect of such a ‘mission’, which should be fulfilled by education in a dynamically changing society, dominated by new technologies. We will be forced to care for our humanity, creating cultural properties among others. The activity of creating culture will be more valuable in the future than it is right now. Education at the level of exhibitions, expressing yourself through artistic media will be a virtue in itself. Education should nurture them in all possible ways to provide us a decent life in a world dominated by machines and artificial intelligence.

Wiktor: Education should teach us how to learn new things, and to react to changes. The role of culture is exploring the hitherto undiscovered paths, preceding certain things that have not happened yet, and presenting what can happen, so we could think about them when there is still time left.

Thank you both for the conversation!